Interview with the Author

Q: Tell me a little about yourself.

A: I take great pleasure in memories now, particularly my childhood in England; playing on Hadrian’s Roman wall; building sandcastles on the beach to ward off marauding Vikings; tramping over moors, clutching a spear, pretending to be Queen Boudicca. How lucky I am to have lived such a long and imaginative life. Some of my favorite places; The Trout Inn on the River Thames; Bamburgh Castle, perched on the edge of the North Sea. I love the smell of cracking fires, watching falling snow, and the taste of a good Slovenian wine. My favorite food is sticky toffee pudding.

Q: Can you give me a brief description of The Sting of Love?

A: Weaving historical facts with fictional characters, The Sting of Love moves seamlessly between numerous locations around the world, whilst at the same time navigating father/daughter relationships, love, marriage, long-held secrets and the notion of guilt.

Q: Why did you write The Sting of Love?

A: In part because my entire childhood was colored by the war and its aftermath. So many of my school friends’ daddies did not come home. As I grew older, I began to wonder how any relationship survived, after so many years spent apart. When troops were deployed in WWII, they either fought their way to victory, or died in the doing of it. And I more and more wanted to know how it was for both soldier and civilian after peace was declared. Certainly, not singing, dancing, and a return to normality. Most of all I felt compelled to dig deeply into to a brief comment made by my own father. ‘No one understood how hard it was to come home’. After his death this became one of the main themes of the book.

Q: Does The Sting of Love have a unique feature?

A: Yes. The city of Trieste. Ethnically diverse, Trieste is squeezed between multiple countries, disputed for centuries. The famous travel writer Jan Morris described it as the Nowhere City. ‘The allure of lost consequence and faded power is seductive, the passing of time, the passing of friends, the scrapping of great ships…this opaque seaport is full of sweet melancholy’…‘It is as though I have been taken for a brief sententious glimpse out of time to Nowhere’. When I visited Northern Italy and Slovenia after finishing a second draft of my book, I was very aware of the same melancholic weight of history.

A: Can you talk about how you came up with the title for this novel?

A: My manuscript had several working titles along the way. But when Michael took shape in my mind, and as he and Georgina had their fateful luncheon at Durrants Hotel, I absolutely knew that he was going to walk her over the street to the Wallace Collection to view Jean-Honoré Fragonard’s The Swing. As Michael used this small oil as a means to declaring his love for Georgina, I remembered that the painting was familiarly known as The Sting of Love. Voilá! I had my title. Not only were Michael and Georgina stung by love; so was her father many years earlier in Slovenia.

Q: What was the most challenging part of writing this book?

Probably making sure that my development of the character of James moved far beyond any similarity to my own father. Beyond the facts of my life—he was stationed in Trieste after the war—I met him when I was four years old—and we lived in the Newcastle area—the story of Captain James Drummond in no way resembles that of my father. In a poignant way it is just as well that he never did talk about his war years, leaving me free to use my imagination in any way I chose.

Q: Are there aspects of your own life that helped inspire the book?

A: When I had to pack up my parents’ flat in England after they died, I had not yet decided to tackle an adult novel. But looking back now, I think this rather sobering time in my life was the genesis for The Sting of Love. When I browsed through the old family photograph albums, I discovered that a particular old snap had disappeared. I clearly remembered the picture of a boy on a sledge, taken in Austria, shortly after the war. It had fascinated me as a child, and I know I asked more than once who he was. So where was this child? What had happened to his picture? It struck me as odd too, that I found no bundles of letters, written between my parents during the long years of their separation. Were both my parents so unsentimental as to have destroyed them? What might they have contained? How might they have illuminated this historical time?

Q: What have you read recently that has made an impression?

A: Several authors come to mind. Wench by Dolen Perkins-Valdez, considers an aspect of slavery in America not well-known. American Marriage by Tayari Jones, takes a very compelling look at modern black marriage. I’m enthralled with writer Aminatta Forna’s body of work, particularly Happiness and The Hired Man. She digs deeply into the lives of so many ethnically and culturally diverse characters with such knowledge and understanding. And I was very moved by newcomer Mampta Chaudhry’s Haunting Paris, which explores WWII, the Paris of 1989, woven together into a delicious ghost story. 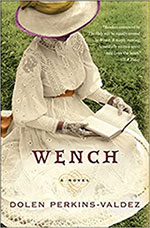 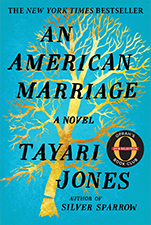 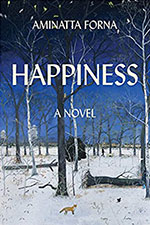 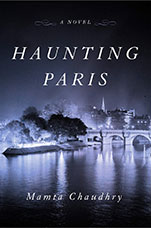 Q: If you were granted one wish, what would it be?

To own a bookstore, stocked only with books I consider treasures, serving hot tea and scones to customers, discussing the joy of books all day long.

Q: Why did you decide to self-publish?

A: My age! I found it increasingly difficult to find an agent or editor willing to take on The Sting of Love and time was running out for me. In deciding to work with Wise Ink Creative Publishing, I found an amazing company, committed to producing the very best book possible. My editor, Cole Nelson, was and is the very best editor I have ever worked with. I have not regretted my decision for a moment. After concentrating on books for children, I am very proud that I took up the challenge to write an historical novel for an adult audience.